Without the luster of art and the force of history, life lacks flavor. A sense of place is lost; the quality of life diminished. Dick Glover spent much time and effort in preserving Henrico’s heritage by protecting important edifices along the Mountain Road corridor — a sort of historic roadway linking the County’s past to its present. From Walkerton, Meadow Farm, and RF&P Park, to a vintage filling station and the cupola of the old Forest Lodge, Mountain Road contains some of the best preserved historic places in all of Henrico County.

Perhaps the greatest of all Dick’s preservation achievements was The Cultural Arts Center at Glen Allen. Its establishment killed two birds with one stone: the conservation of a historically significant building and the creation of a new home for the arts, which would become the crowning gem of Mountain Road. 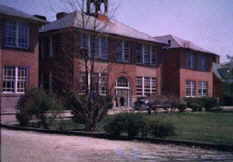 In a truly visionary moment, Dick Glover considered the old Glen Allen School, a County property with boarded windows that had been dormant for decades. At the same time, he wondered why Henrico did not have a single location that could provide space for arts programs across the County. He mulled it over and eventually made a presentation to his peers on the Board of Supervisors.

The result was The Cultural Arts Center at Glen Allen. The old schoolhouse became a permanent home to the arts and a mecca to artists from the entire metro region. At a cost of just $8.5 million, the old school was gutted, renovated and retrofitted to encompass about 50,000 square feet devoted to the visual and performing arts. The space includes dance studios and art studios, along with a ballroom, shops and a theatre. 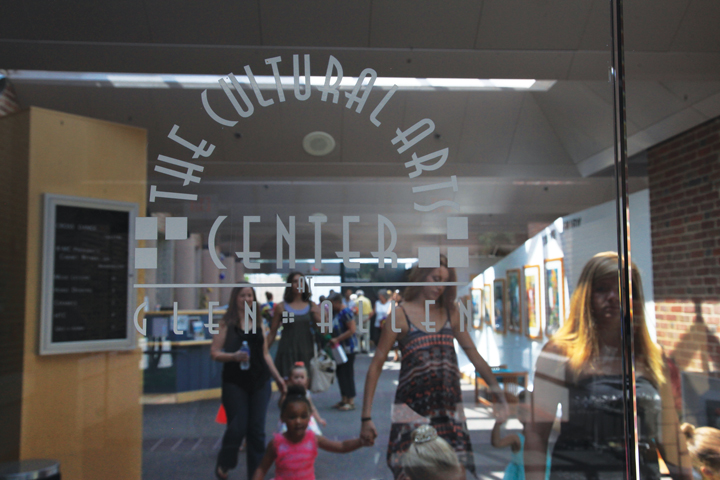 “That old building was just sitting there deteriorating,” Dick said. “We made it into something useful for the entire region and beyond.” At the same time, a historic landmark was preserved. For 65 years the old school had educated thousands of Henrico citizens, and what’s more – – the architectural style was utterly unique.

The ultimate success of the Center is immeasurable. As Dick put it: “It affords all the creative minds in our communities and from communities across the state a place to perform, exhibit and explore the possibilities of their own artistic inventions.”

In July of 1995, Dick joined other County officials in announcing Henrico had acquired the Walkerton House, a national and state historic landmark situated at 2892 Mountain Road in old Glen Allen. It was built in 1925 and stands as the only brick tavern remaining in Henrico County. Dick worked on the County’s acquisition of this historic property from the family of Mr. Douglas Fleet. Maintained by the County’s Division of Recreation and Parks, Walkerton serves as a reminder of the County’s colorful past. Its courtyard adjoins the Cultural Arts Center at Glen Allen and serves as the site of wedding receptions, family reunions, birthday parties, and many other special occasions. Walkerton is open daily and is available for rental, both inside and on the lawn.

Henrico’s Meadow Farm Museum is located off of Mountain Road adjacent to Crump Park. This historic site preserves the 19th century home of Dr. John Mosby Sheppard and his working farm. The County’s Division of Recreation and Parks maintains the house and property, which are both open to the public. Civil war reenactments and other events with historic themes are held here throughout the year for the enjoyment of residents and visitors to the County.

The Cupola and surrounding columns at the corner of Mountain Road and Old Washington Highway are original architectural elements from the now-demolished Forest Lodge. The late nineteenth century hotel was located on Mountain Road in the center of Glen Allen, just west of the railroad tracks. Captain John Cussons built Forest Lodge as a stop for travelers on the main rail line from New York to Florida. The six-story hotel was situated on 1,000 sprawling acres, had 100 guest rooms and featured a grand ballroom and an auditorium. The structure was demolished in 1992.

The Courtney Road service station and the surrounding acreage passed through many hands before the Barlow family acquired it in 1938. The oldest records of the station’s operation are from 1940 when it was listed in the Richmond area telephone directory as a Texaco station. Called the “Friendly Service Station”, the Wiltshire Family operated the business for most of the years that the Barlows owned it. One local resident recalled his family stopping there to fill their Model T Ford on the way to Virginia Randolph School on Mountain Road. The family had a running tab for service, and would pay the bill at the end of each month. Other local residents recall walking to the station for ice cream on Saturday nights. The station closed in the 1960s, but Henrico acquired it years later at Dick’s urging. The County opens the old gas station on days when Meadow Farm has special events such as the 4th of July, Glen Allen Day, and Harvest Festival Day.